We Do It Because That’s What We’re Called To Do: Alison Seow 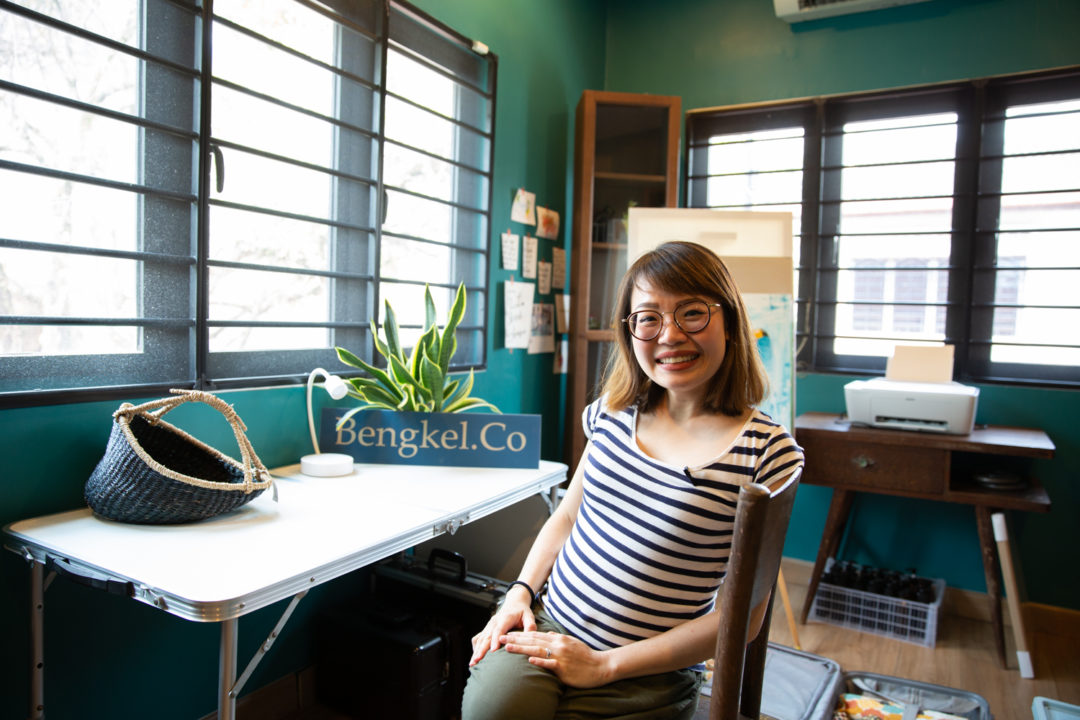 “Many of us who enter into this creative line, we do it because that’s what we’re called to do, we’re built this way, we’re built for creative stuff.” 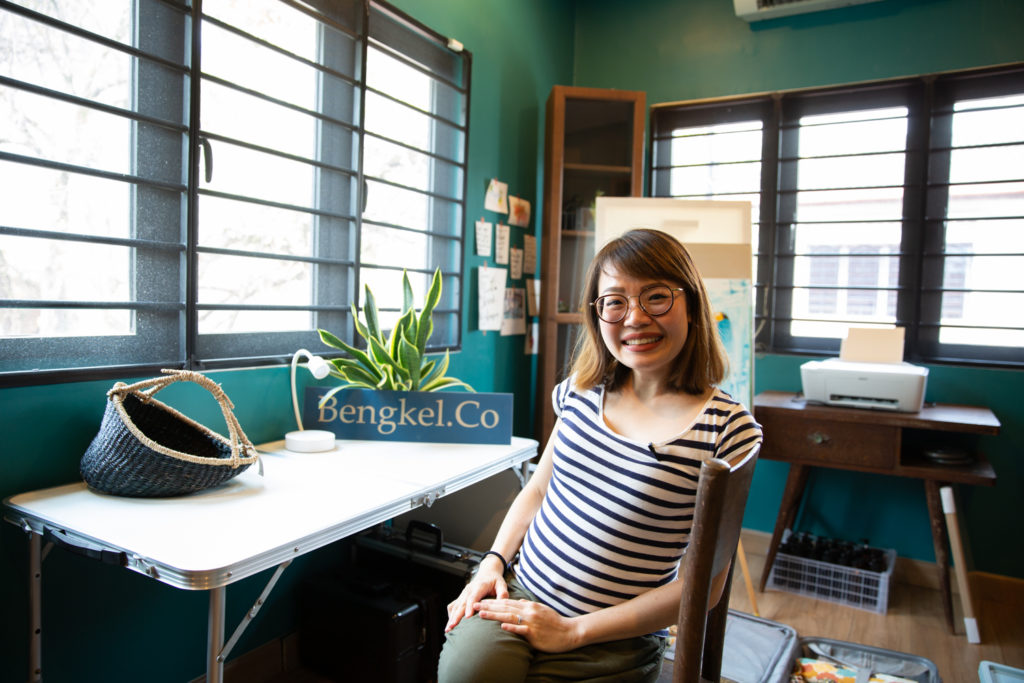 Of pocket squares and many other beautiful things, the Creative Girlboss team had the pleasure of spending our morning with Alison Seow, the Founder and Owner of Bengkel.Co. In addition to managing the online shop Bengkel.Co, Alison is also a mum, a freelance writer and a designer. With her peranakan heritage, she has allowed her culture to shine through her art and her work. We love how she is so down to earth and so real about what she has to do as a business owner as well as being a full-time mum. We salute her for wearing so many hats, and we are even more inspired as we hear her story. Keep reading as we know you’d be inspired too!

1. What were you doing before you started pursuing your creative life?

Alison: I have always been involved in some kind of creative avenue for as long as I can remember… even from my childhood days. After school, I pursued a degree in Mass Communications. Professionally, before I came out to work on my own, I spent some time in advertising, publication, e-commerce and my longest stint was when I worked with a non-profit youth organization where I helped produce many of their publications and marketing materials. 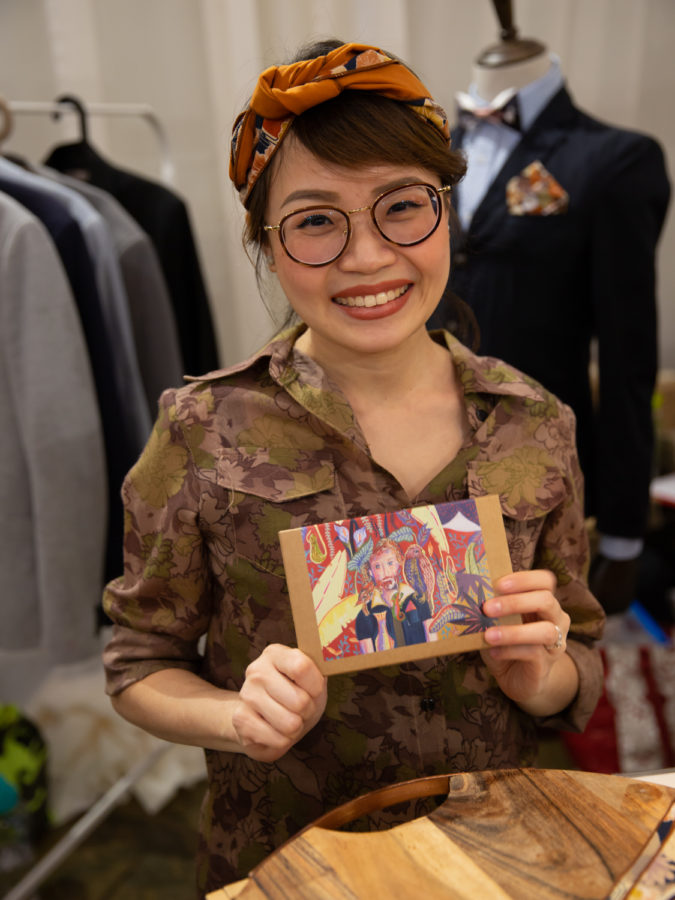 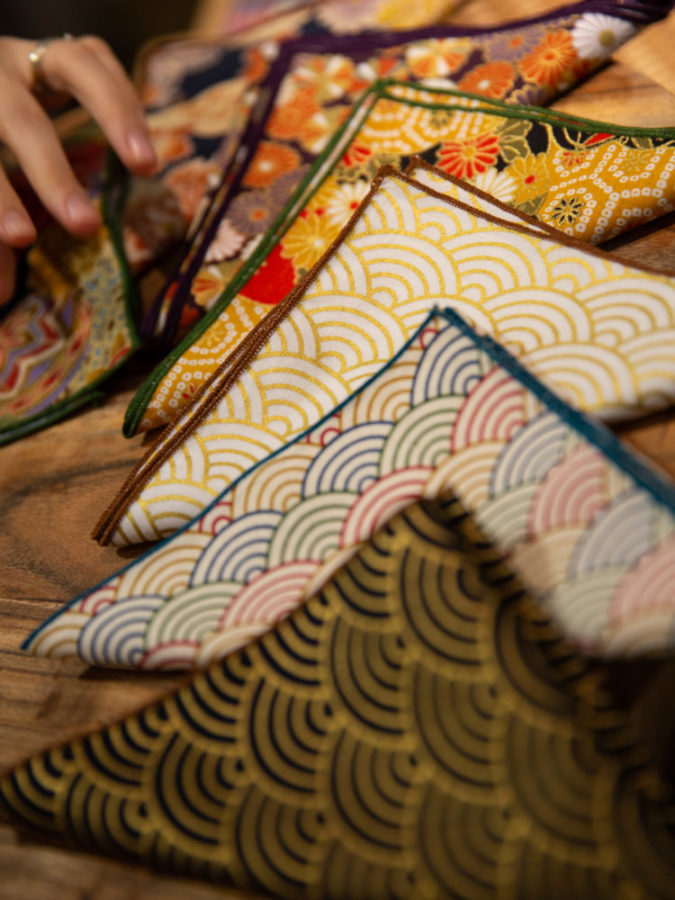 2. What is the inspiration behind Bengkel.Co? What got you into it?

Alison: Bengkel.Co was almost accidental. A couple of years ago, my church ran a building fund initiative where small groups of church partners came up with different fundraising initiatives. As I led my group through this project, I was looking for a brand name to use, specifically a Malaysian brand name. A friend came up with the name, Bengkel (which means “workshop” in Malay). I immediately liked it, and had a gut inclination that I would want to use this long after the fundraiser ended. So I bought the domain name and it stayed dormant for over a year.

It was almost a full year later before I had a clearer vision of what I wanted to do with Bengkel.Co. I had followed my husband on his business trip to Japan, found my way to the fabric district, and hauled back a small load of Japanese textile. Some months earlier, I had made some pocket squares for my husband who’s always looking for something fancy and fashionable for his jackets, but just couldn’t find anything interesting on the shelves. People started noticing and asking if they could buy one, and that’s how it ‘accidentally’ happened. From that small haul of Japanese textile, I made it just in time for Christmas and sold enough pocket squares to fund all my start-up costs.

3. I understand that you’re a mum, and it is definitely not easy. What do you think are the misconceptions of pursuing a creative life?

Alison: People always think that coming out to work on your own is easy and it gives you all the flexibility or all the freedom to do everything that you want. Then, they say you look like you have a fantastic life, oh you don’t see the amount of things that happen behind the scenes, like in between cleaning up vomit and I have to get work done or when I’m packing, I have my sick kid in the pram and we still have to go to the post office to post out the parcels.

It is actually the harder choice, because when you are working on your own you lose your income stability. You actually don’t have a fit schedule and you have to plan your day, and if you don’t plan it properly you will feel like you’ve wasted your week or day. I will still have 24 hours a day and I will still have this amount of stuff to do just a everybody else, is just that you may be doing it in the day, but I may be doing it in reverse.

4. What do you find most rewarding in living a creative life?

Alison: Perhaps the most fulfilling part is the ability to take ownership of what you actually want to do… and then just do it. Graduating from Mass Comm school, you enter the workforce with rose-tinted ideals of what it will be like to work alongside the best creatives in the top agencies. And then you actually get into the big firms, and you discover (too much dismay) that the reality of the industry is that there’s very little time for anyone to actually be creative. A lot of advertising work these days are merely adaptations with insane turnover datelines, and the real work is done at a regional level in another country. I’ve also discovered that when I have an outlet to express my creativity, I’m also more productive in every other area of my life, even those that have nothing to do with my work. 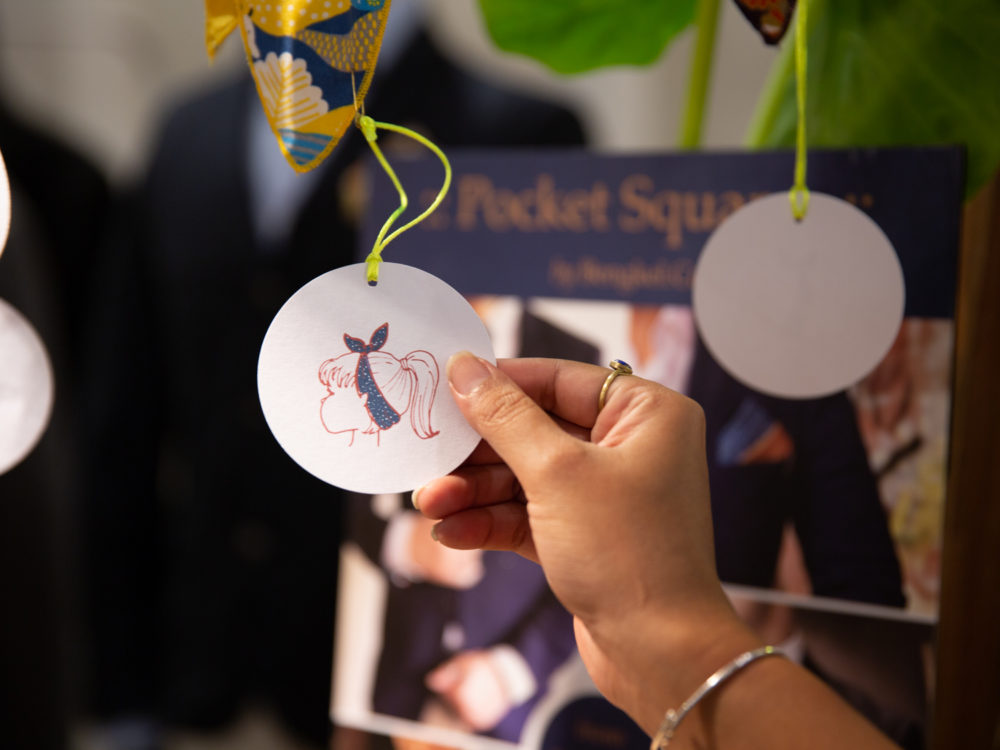 5. What motivates you and keeps you going? Who or where do you draw inspiration from?

Alison: I am a person of faith, and my belief systems fuel a lot of what I do. I’m also purpose-driven rather than profit-driven. The things I pursue (even if it’s part of paying the bills), need to have a purpose bigger than just profit making. For now, Bengkel.Co is where I envision having a positive marketplace voice. I believe in empowering young women, especially millennials, that they can pick themselves up and do something with their lives that they can be proud of.

6. How do you define success for yourself?

Alison: For me, success is about doing what you’re called to be doing for that particular season in life, and doing it excellently. It’s not necessarily about having the most thriving career or having a business that’s booming all the way. I believe there’s a time and season for everything. For instance, I could give my all to Bengkel right now, and probably see it do really well, but at this season that’s not the right thing to do because my two-year-old needs a mother to raise him. So the right thing at the wrong time is till the wrong thing.

7. What can we expect to see from you in the near future?

Alison: There will definitely be new things coming out from Bengkel.Co from time to time. New seasons inspire me to do new things. The pocket squares will be there to stay. For now, my goal for the nearest future is to pop my second baby out of my belly and recalibrate my life again. 😛 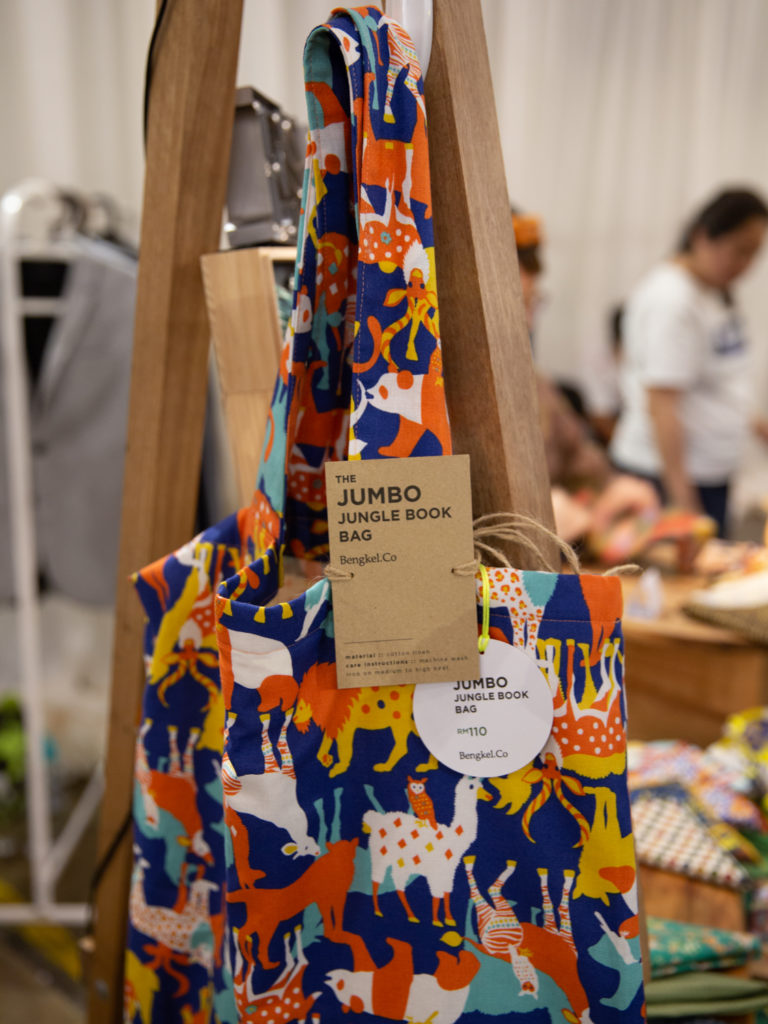 8. If you could tell one thing to aspiring creatives out there, what would it be?

Alison: Working on your own might not be for everyone. But if you want to try something, apply wisdom to it, do a little bit of planning (but not too much) and then do it. Just don’t make a decision out of fear (the fear of “what else can I do?”) because that’s where many creatives I spoke to seemed to get caught in. What’s the worst that can happen? If working on your own doesn’t work out, get yourself  back into the workforce. That way, you’ll be working with different eyes from then on — you’ll actually know what you want to do with your life. 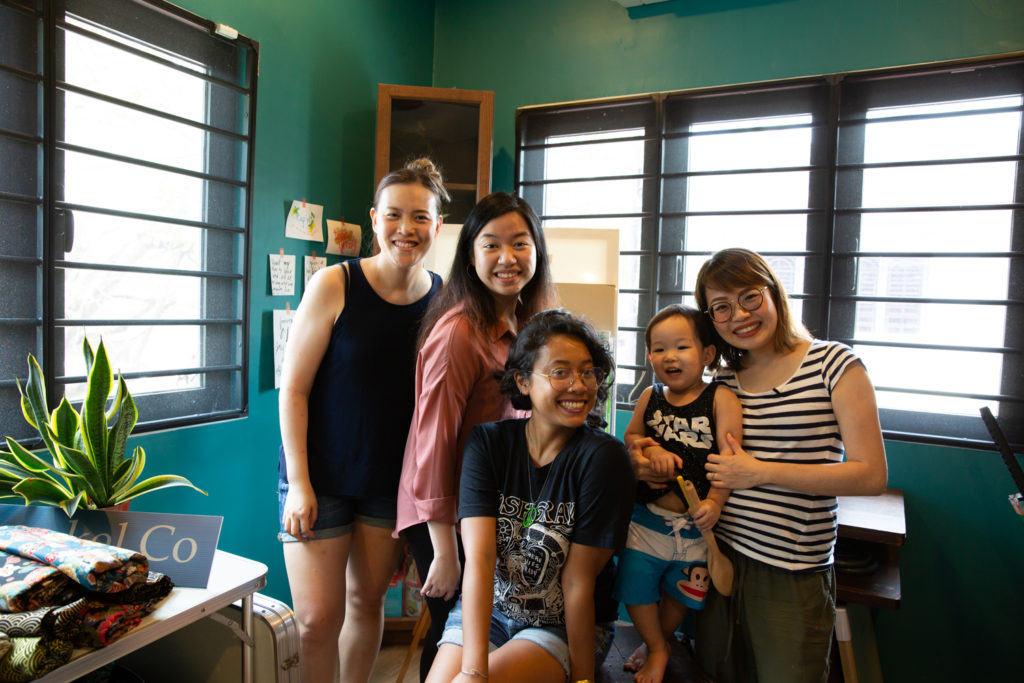 For similar stories of creative entrepreneurs such as this check out – Do Something That You’re Actually Passionate About: Mishie Hoops. If you wished to be profiled or to share your story, reach us via email at hello@vangohcreative.com.au, or say Hello on our Creative Girlboss Facebook page. 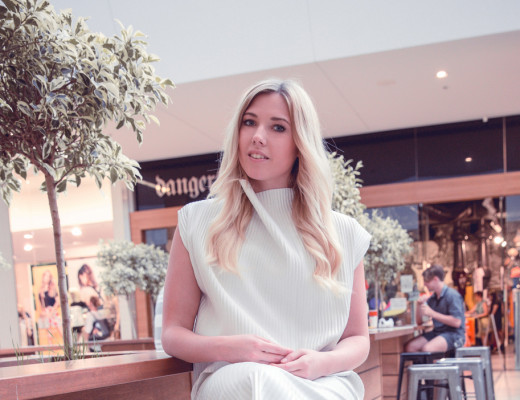 A minute with Elise Nazarri 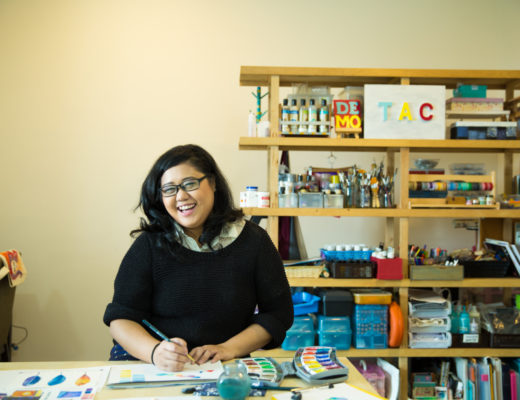 Its Not About How Famous You Are: Shia Lynn 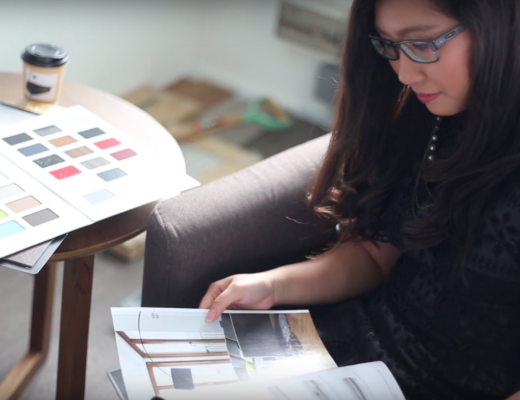 My Pride and Joy: Grace Tan